Welcomed to the freight elevator with sparkling wine by Tony Britton.

Intrigue and mystery laid the groundwork for our night at DOSC Restaurant (their original moniker and subsequent change to appease the AGLC further lends itself to the story of how they came to be; ask anyone working there for details suggested by their logo). Instructed to enter from the rear door, a select few of us were led into an old freight elevator and then dropped off in a narrow hallway that would be the scene of our theatrical meal for much of the evening (hosted by operating partner Shangeeta Prasad). 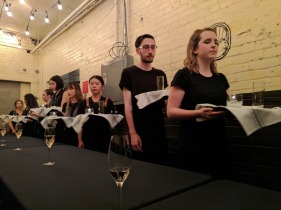 No eye contact and straight faces were the instructions the staff were given.

Serious black and white to match the serious mood.

The friendly servers were asked to remain stoic while taking away and dropping off our dishes throughout. But, meeting a number of them once dinner ended, it was obvious they found it difficult to keep straight faces. Several of them broke character and let their personalities shine through (hello to the guy who shimmied his way out at one point!). I don’t actually think DOSC is going to go that route once the business officially opens tomorrow. However, it certainly reminded me of what I might call an experiential restaurant found in the likes of New York City or similar. It’s definitely something one would never forget. Although it’s unlikely DOSC will plan this style of pop-up presentation again, there’s a chance they can be convinced to do it for private events. 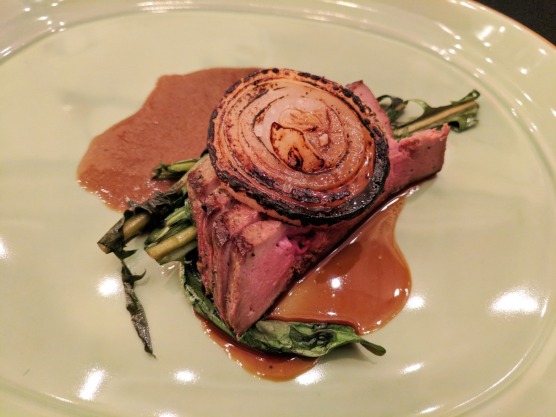 It was intimate with a very strong focus on the food. Introductions from the chefs for each dish prepped us for what we were about to ingest. And, let’s just say that the menu isn’t exactly for the faint of heart. The meal took us from the nose to the tail of the animal, meaning we tried everything from tongue to sweetbread to liver. While some of the menu items may not be to everyone’s taste, the kitchen certainly works their magic with a couple of the plates by turning often roughly textured meats (i.e. tongue) into the tenderest, most luxurious bites. Adventurous diners may be greatly rewarded for branching out. 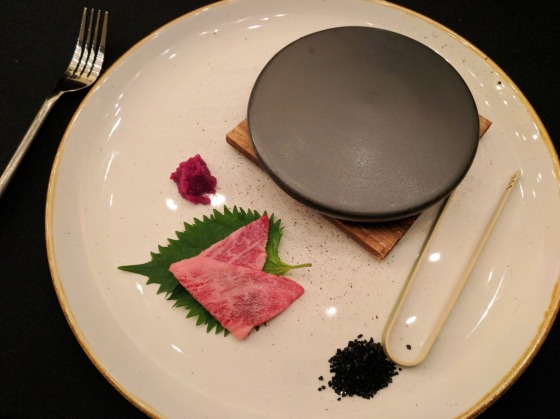 With Alberta being known for producing high quality beef, it’s interesting to note that Edmonton doesn’t really have any local restaurants that truly specialize in cooking this specific protein. Any that you can think of tend to be chain restaurants. That’s why owner and chef Jake Lee of Seoul Fried Chicken wanted to introduce themselves as a steakhouse despite the many hats DOSC will be wearing. They have an open kitchen with an in-house butchery and a dry aging cooler to cure their own meats. An extensive list of 22 cuts will be available with just two types of beef being imported from outside of Canada (ex. $100 per pound melt-in-your-mouth Wagyu beef). 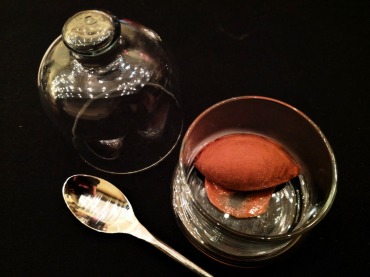 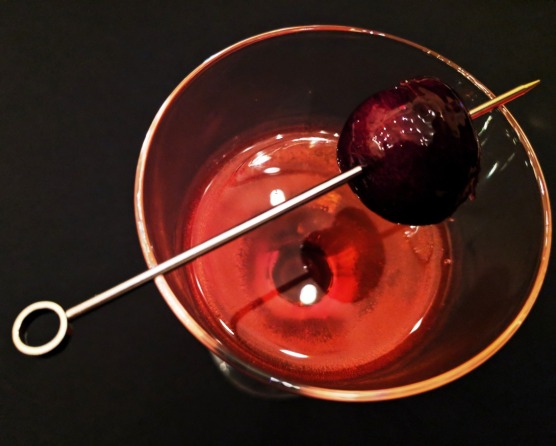 Along with chef de cuisine Israel Alvarez, their first seasonal menu attempts to bring recognizable dishes that are borderline creative to the table. The twelve courses we tried had mainly Canadian and Mexican influences with a very subtle hint of Asian flavour in the Wagyu Tartare. According to Jake, depending on what’s available during the year and their inspiration (such as special guest chefs), watch for the menus to change every so often. Don’t ever expect to see a regular old burger served here though. With so many places in Edmonton doing that already, they want to do other things better. Led by bar manager Tony Britton, drink pairings are of high importance at DOSC, too. Phenomenal wine like the Rioja Tempranillo and beer like Situation Brewing‘s WTF Raspberry Ginger Sour were excellent additions to our supper. 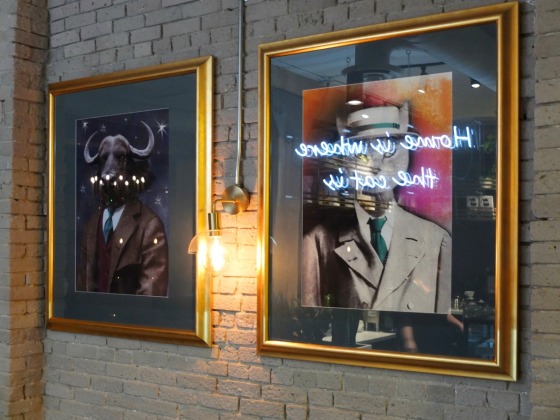 DOSC resides on the corner of 104 Street and 102 Avenue in the historic Metals Building, which used to be home to Ric’s Grill (eventually rebranded to Ric’s on 104), The Burg and, lastly, Stage 104. People say the location is cursed, but maybe the spot just needs the right people behind it. Plus, with the Ice District/Rogers Place now just down the street, the foot traffic and potential clientele is much higher than ever before.

The DOSC team is ambitious. The amount of overhead to run the place is sort of unfathomable. Thinking of this media black out event we attended, there were at least 20 servers, several staff in the kitchen, bartenders, baristas and managers on hand. Every single one of those people gave it their all to create a spectacular show for ten very lucky people.

A window into the butchery.

The kitchen is completely open for viewing.

Their logo is found on the hand laid floor.

After much anticipation, with one last course to go (Pineapple Upside-Down Cake for dessert), we were, again, led into the elevator, out the back entrance and around the building for the big reveal. Initially, curtains blocked our view of the restaurant interior and exterior windows were covered, so it was like something out of HGTV. When it appeared before us, we were greeted by a gorgeous, large room broken out into four distinct spaces — cafe, lounge, bar and dining room — to match unique menus and courses offered throughout the long days. They’ll be open as early as 7am for breakfast and before work coffee (supplied by local roastery Rogue Wave) and closing as late as 2am on weekends to accommodate their patrons and the neighbourhood.

Bricks made in the North Saskatchewan River have been left in place.

They’ve also done their best to retain as much of the 100+ year history (constructed in 1914) as possible by showcasing the walls built from bricks made in the North Saskatchewan River and keeping the original wooden pillars. The rest of space has been completely customized and revamped with elegant, hip, and modern touches meant to bring personality to the venue while still feeling comfortable.

So much careful thought went into the execution of DOSC. For the staff, it’s about the journey and process that gets them to the final result, and, from what we can tell, they’re well on their way to making a positive first impression. The whole team elevated our entire experience last night, so much so that we’re planning on being there for their first real dinner service tomorrow evening (Sunday, July 22). Those interested in checking out DOSC for themselves are encouraged to either make a reservation through OpenTable or walk right in starting at 9am.