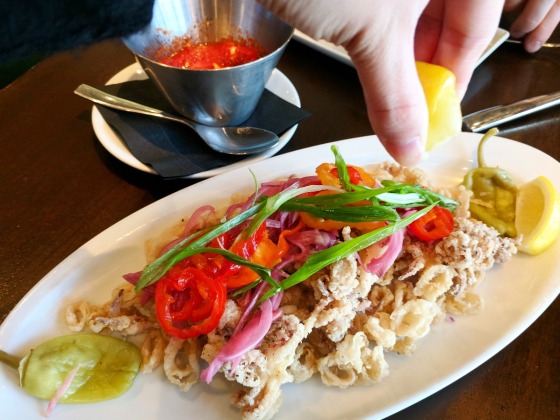 Shortly after I moved into the South Terwillegar neighbourhood, a restaurant called XIX Nineteen opened their first location in a small strip mall situated along Rabbit Hill Road. Back then, it seemed kind of odd to have a fine dining restaurant in that spot. There was nothing of the sort nearby (there still isn’t). Probably the closest thing to it would have been the old Ric’s Grill just down the road at 23 Avenue.

It was nice to know that restaurateurs were willing to chance it on an unestablished area of the city. I’d also heard great things about chef Andrew Fung’s talent in the kitchen, so I was willing to give the place a try. 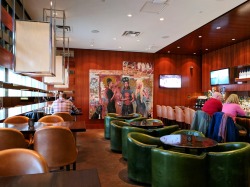 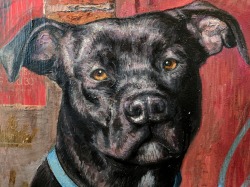 Close-up of the large mural. 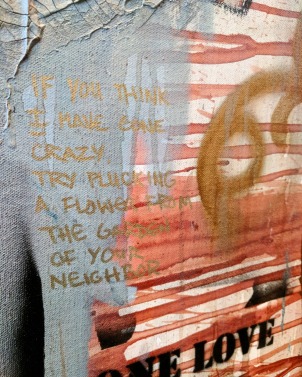 Another portion of the large mural hanging at the back of the lounge.

My friend and I tested it out shortly after it opened, and we were truly wowed at the quality and playfulness of the dishes we tried. It’s also quite a beautiful space that feels modern, fun (interesting art) and high class all at once.

The time since that visit has whisked by quickly. Before I realized, it’d been over four years and I hadn’t returned for seconds. Living less than five minutes away by car, it’s a bit of a shame that I didn’t make it a regular haunt. Granted, it’s not exactly affordable to do that. A main dish, on average, costs about $40. 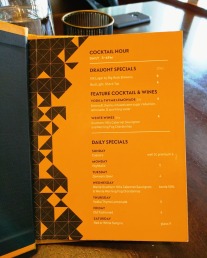 The Cocktail Hour menu in the lounge. 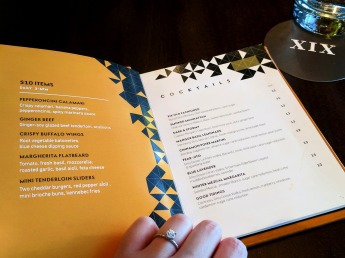 The Happy Hour food menu, available in the lounge.

Therefore, an early dinner consisting of appetizers and drinks from their current daily happy hour menu seemed like the perfect way to sample some plates without breaking the bank. Since they don’t accept reservations on the lounge side of the establishment (book through OpenTable for the dining room), my fiancé and I decided to drop by on a quiet Sunday afternoon. 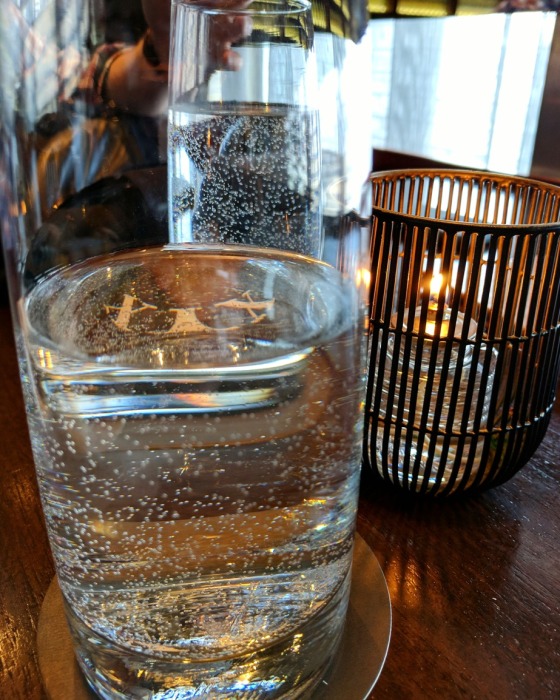 I actually ended up sticking with a glass of water. But, my significant other chose to try a pint of their XIX Lager ($5), brewed by Big Rock. It seemed to be a crisp, refreshing beer that would please most. 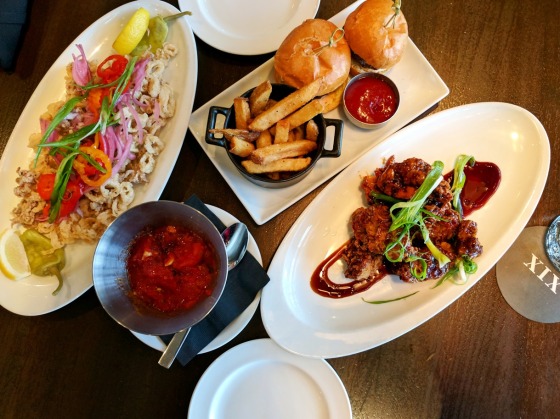 Our table full of plates.

To eat, we opted to split a few of the $10 items, including the Pepperoncini Calamari, Ginger Beef, and Mini Tenderloin Sliders. From the looks of it, these are explicitly available in the bar, and it didn’t take a whole lot of time for our food to arrive. Next thing I knew it, our table was covered in plates. 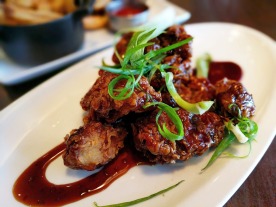 The sizeable dish of Ginger Beef. 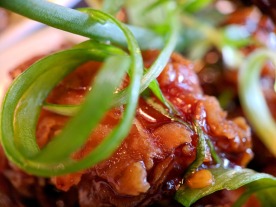 A close-up of the crispy ginger beef.

Out of our three picks, the Ginger Beef was probably the least favourite of the bunch. As my fiancé noted, the batter tasted off as if the oil used for frying needed to be replaced. Otherwise, the execution was great. The coating was crisp and not too heavy. The ginger-soy glaze was deliciously savoury. In fact, I would have loved a little more sauce for dipping. Scallions helped to add an extra flavour profile, so as not to become one-note. I even appreciated the use of beef tenderloin, which was textured as though it had been braised first. The chunks of meat were also sizeable with a good ratio of meat to breading. 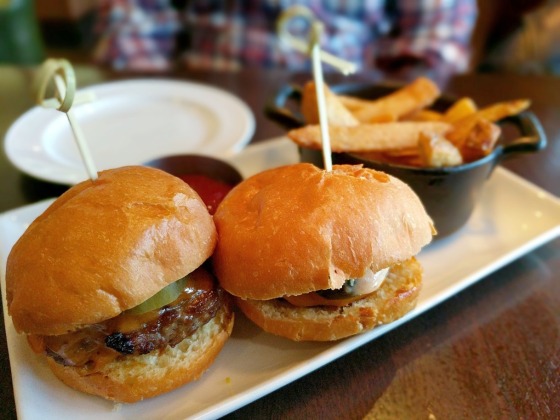 When it came to the Mini Tenderloin Sliders, the usual order is served with three sliders, but the deal is only presented with two of them. As such, I’m not entirely sure if any money is saved getting these during happy hour. However, these were so yummy. While the kennebec fries were simply so-so, the patties of meat tasted like they were fresh ground. Even though the portion makes them easy to overcook, that certainly wasn’t the case here. The beef was so juicy and paired excellently with the red pepper aioli. 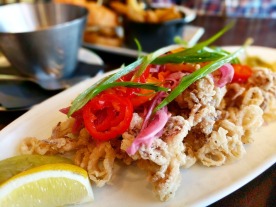 A close-up of a piece of baby squid.

Our final dish was the Pepperoncini Calamari. I thought it was going to be spicier, but it was milder than expected. The chefs were light-handed when battering the squid. It led to another well-made dish of crisp fried food. This one was garnished with pickled onions and banana peppers that brought some tartness that matched the zesty squeeze of lemon juice. Pepperoncini was a good addition for the sweetness. Any apparent heat was produced by the spicy marinara sauce that accompanied the calamari. I did not let that condiment go to waste at all.

Since it was a slow day, it’s hard to judge if the service is always as attentive. Still, we had a decent experience, finding it to be a relaxing, casual meal. Plus, the staff didn’t seem pressured to push more food or drinks onto us. They knew we were there for a quick visit, and they were okay with that. Additionally, they are one of the few restaurants on the OpenTable platform that has accepted my redeemed dining cheques. For that alone, I think we’ll definitely be back again soon.