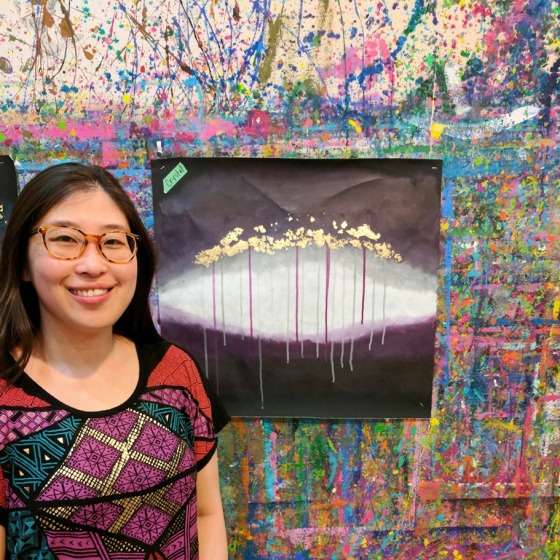 Me with my finished piece.

Recently, my friend and I wanted to get together to do something crafty. But, we didn’t know what. A number of events we’d found — everything from cross stitching to terrarium building — were just a bit too pricey. So, I did some digging. Eventually, I came across 4Cats Arts Studios.

The company, founded in Victoria, British Columbia, has been around since 2005. Within six years, they had franchised out their name and business structure to locations across Canada, the United States, and Australia. In the Edmonton area, there are now three studios. One is in St. Albert, the second is in the north of the city, and the third sits in the southeastern neighbourhood of Summerside (this is the one we went to).

They hold a variety of workshops for kids and adults where patrons can paint canvases, decorate mugs or bowls, create clay planters, or mould figurines. Prices are $25 per participant, but they offer two spots for $35 when registering together. Currently, it looks like a variety of sessions are available through to the end of June. Then, in the summer months of July to August, 4Cats will strictly be running summer camps. 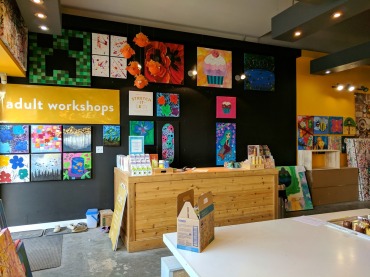 The front of the studio/shop.

Big tables for kids to work on their projects. 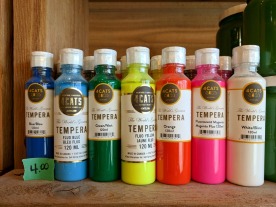 Bottles of tempera paint can be purchased. 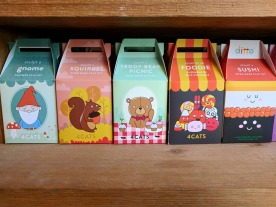 Clay figurine kits are one of their specialties.

The two of us ended up enrolling in a painting workshop called ‘I Dream In Gold.’ It took place on a Friday evening at 6:30pm. We bused it there from Century Park, which was quite convenient as transport stops right on the block of the storefront. Arriving a little early, we used the time to snap photos of the studio space. It’s bright and colourful, likely drawing the attention of the kids who come in for classes. There were rolled and stretched canvases tucked everywhere, too, probably awaiting pick up. 4Cats even has a number of branded products for sale, including tempera paints (regular and glitter), gold foil sheets, note books, figurine kits, etc. 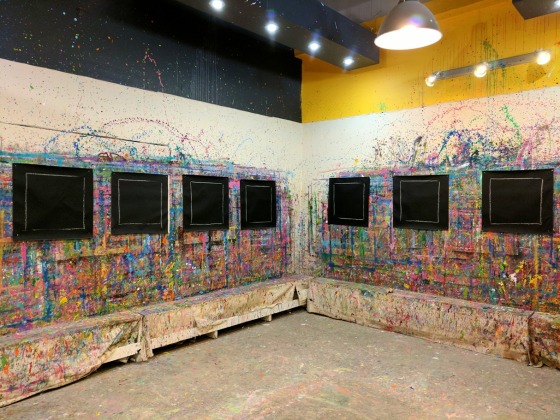 Check out this fun room!

As the start time drew closer, we were taken to the back room. The three open walls (artfully splattered in paint) had been stapled with about a dozen square-shaped black canvas sheets. There were no chairs. This was standing only. If one isn’t too keen on putting their personal belongings out of sight in the adjoining area, I suggest wearing pants with pockets to hold phones and cards/cash (keep it light) as there isn’t really space to keep things nearby. Tucking items underneath the benches may be possible, but I didn’t try that. I decided to turn my jacket inside out and wrap it around my purse, letting those items sit on the bench below my canvas. It kind of worked for me. Still, there’s a chance of getting stuff dirty that way, so make a judgement call. 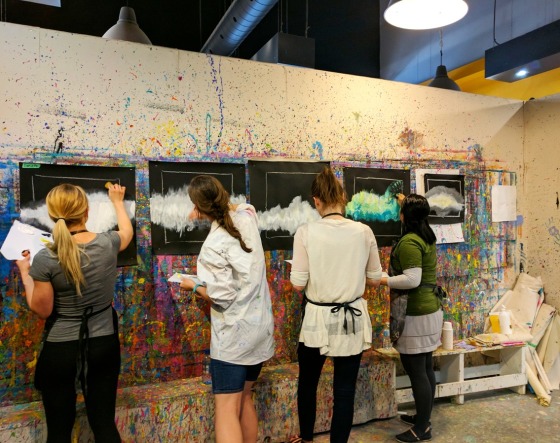 Other participants working on their pieces. They all turned out so differently!

Similar to Paint Nite, there is a host/instructor who will take everyone through the process of completing the piece step-by-step. She worked through faster and, when needed, she asked the participants to pause as she showed the next stage. This allowed us to go at our own pace while still seeing what was ahead. They actually had a number of  paint jars opened with a bunch of different colours available for use. Also, rather than brushes at 4Cats, for this workshop, we mostly used sponges to apply the colours. As a result, our hands were a total mess afterwards. To clean up, they had a washing station that consisted of a bucket of soapy water and a communal hand towel. I opted to use the sink in their washroom instead.

Our tray of glue and brushes to start with the foil.

The foil applied to my piece. 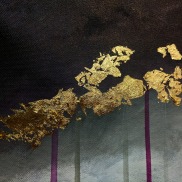 A close-up of the metallic gold. 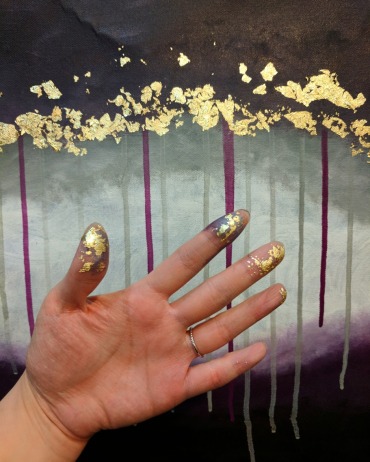 My hands covered in paint and foil.

Once we were satisfied with our paint application, we grabbed some brushes, glue, and gold foil to decorate our canvases. I only used one metallic sheet, but several people opted to add more. The foil itself is super delicate, tending to break apart very easily as it’s manipulated. If there’s anything sticky on one’s hands, the gold will also stay there rather than adhering to the canvas. I do love how it brings dimension to the art though, and I’d be happy to try this medium again.

I think the whole workshop took a total of an hour and a half from beginning to end. Since the paints dry quickly, the art can be taken home on the same night. However, the canvas won’t be mounted or framed. Having it stretched on a wooden frame costs an additional $25 when the service is purchased the day of or $35 should one choose to return later. Leaving it behind for stretching means another trip back when it’s ready (my friend was told it could be about two to three weeks). I, on the other hand, chose to carry my canvas as is. I’ll figure out what to do with it on my own.

Considering the cost per person, 4Cats Arts Studio is quite affordable for a creative night out with friends or with the kiddos, especially if extra services aren’t required of 4Cats after the fact. It’s not really going to break the bank compared to many other crafty options in Edmonton, and it’ll get the artistic juices flowing all the same.

One thought on “Edmonton Things To Do: 4Cats Arts Studio”