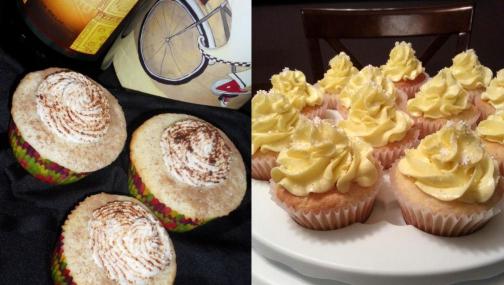 I’ve been fighting a cold these last seven days. And it’s starting to take its toll, especially because it’s a week before I leave for a trip to see The Rolling Stones. I don’t want to be sick during my holiday, so I’m doing my best to get rid of it, but without the help of meds. I’m drinking plenty of fluids and rinsing with Listerine. However, it’s persisting and maybe it’s because my busy schedule isn’t really allowing me the rest or sleep I should be striving for. Sometimes settling down for a bit and having a nap is a good thing for us. While I know this probably won’t happen today, I wish I could sit on the couch and just veg out with a plate of cupcakes and some movies or a book. That, for me, would be a day of heaven.

Cupcakes really help to brighten my day and I’m certain that others feel the same way. I count myself as a connoisseur of the delightful treats, and in my home city of Edmonton, Alberta I have tried the majority of the cupcake shops in town (thank you Groupon and all the other deal sites for contributing to any weight I may or may not have gained over the last few years). Some of the shops I’ve bought from have been great and others could certainly use improvements.

Yet I’m currently counting myself lucky because I now not only know just one, but two bakers who have ventured into the world of cupcake creations over the last year! I share them with you in the hopes that you will find the perfect dessert for your upcoming celebrations or your own personal indulgences.

Both ladies bake part-time outside of their full-time jobs, so if you would like to order anything from them, a few days notice would be great.

Cupcakes by Courtney is the first. 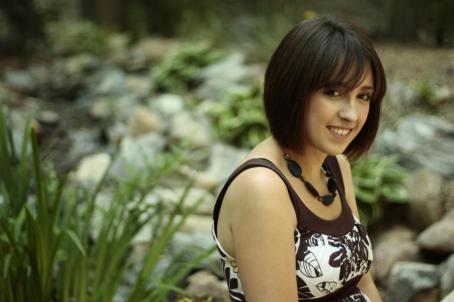 Courtney of Cupcakes by Courtney

Courtney really started baking for others last fall with a few trusty recipes including Red Velvet and Irish Car Bombs and has been experimenting with new flavours ever since. She is a fellow bridesmaid in our friend’s wedding this coming August and will be providing peacock themed cupcakes for the reception in place of a traditional cake. We did a tasting one evening and the chocolate cake with whisky chocolate ganache filling and white chocolate cream cheese icing was the winner! Other delicious sounding flavours include: 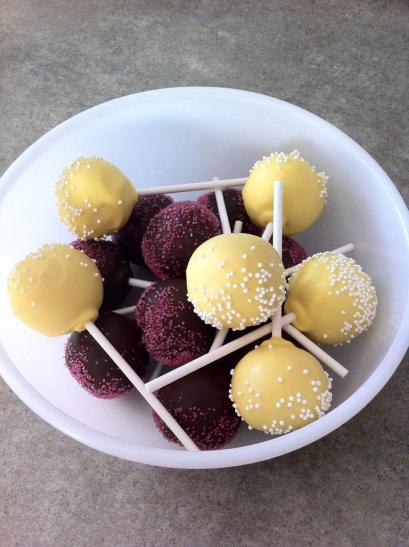 Courtney also makes beautiful cake pops for those who prefer a sweet in a bite-sized package. I believe she can also do some cakes sugar or butter free. Please inquire with her for specifics.

Additional information can be found on her Facebook page by clicking the link above her image. You may also contact Courtney by e-mail at courtneys355@hotmail.com or phone her at 780-288-5249.

The second is Beyond the Bowl Baking.

Bev of Beyond the Bowl Baking

I’ve worked with Bev for a few years now. She heads the United Way committee at our office and as a group we’ve been holding bake sales annually in which Bev’s cakes are the undisputed star. They get snapped up within minutes of the table opening, so it just makes sense for Bev to bring her baking prowess to the masses. She’s worked hard to expand her recipes for her launch this April and I have been lucky to be one of her few product taste testers. I will tell you that, without a doubt, you will not be disappointed.

A new flavour seems to come out every week or so (like the fairy godmother of baked goods I probably gain a pound just smelling one, but it’s worth it – just eat healthy the rest of the week!) and each one becomes my new favourite.

Bev’s uniquely filled cupcakes are moist, deliciously flavourful and topped with the perfect amount of frosting. Here are some samples of what she’s got on her order form right now (the list is growing!): 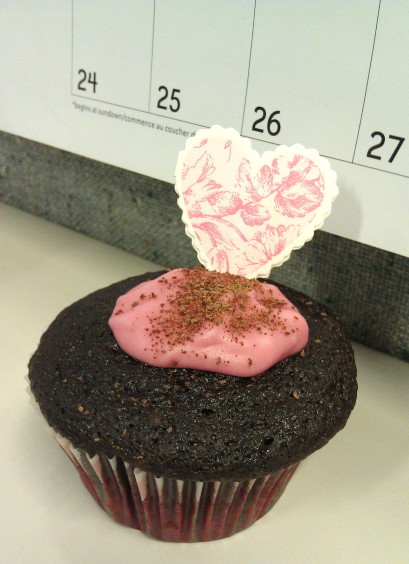 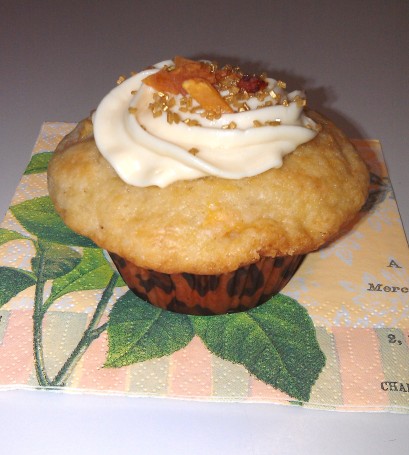 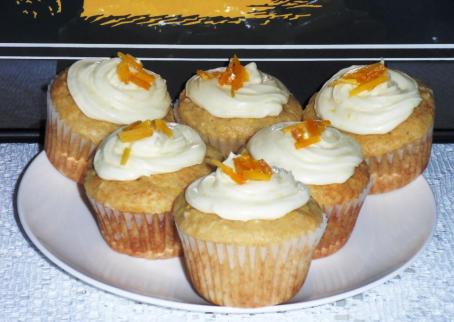 Bev also makes some slab cakes. I would highly recommend her pumpkin cake (my personal favourite) and her Guiness gingerbread ones.

Her order form includes pricing: BtBB 2013. If you would like to place an order, please fill it out and e-mail to Bev at beyondthebowlbaking@gmail.com. You may also click on the link above her photo to view her Facebook page.

I hope that these cupcakes bring happiness to your best days and perhaps even your worst. People always ask me why I love these single serving desserts (I was probably obsessed with trying every one I could get my hands on for a time) and I think it’s because they bring a little sunshine into my life. And, I believe that’s something that the world can use more of.