It seems that I start a lot of my stories by stating that I bought something or ended up somewhere because of a post seen on social media. In the case of The Rotten Fruit Box, it’s no different. I saw a sponsored ad online and was intrigued enough by the premise and the offer to check it out.

What’s The Rotten Fruit Box, you ask? Tony, the founder of the company, was travelling in Portugal and Spain, visiting farmers, when he noticed a ton of fruit rotting on the ground. Speaking with them, he learned that these growers didn’t produce enough to compete with larger businesses. By the same token, they had too much fruit to consume everything on their own, which left a lot of wonderful, healthy food wasted. 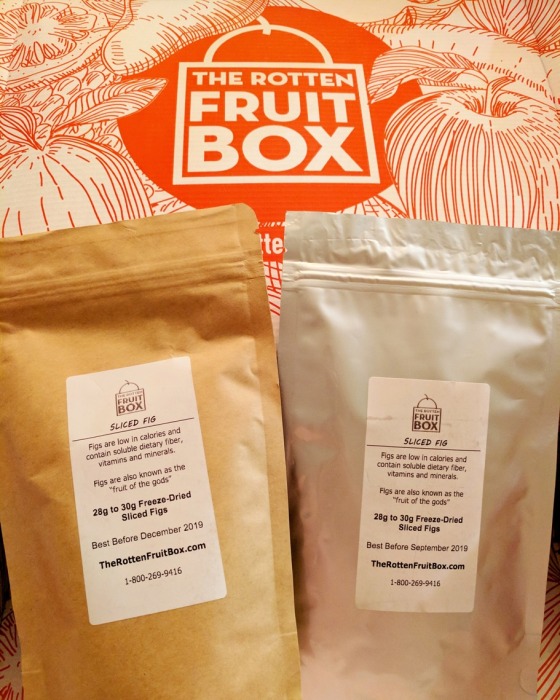 The fruits come in resealable pouches with stickers listing the benefits. These are the fig packs I received.

He now works with them to pick and save as much of the in-season fruit as possible. To extend the shelf life, it was decided that freeze drying the flesh would be ideal. In that form, it could be packaged, sold and shipped in a convenient manner while keeping the product 100 per cent natural. All of the work The Rotten Fruit Box does follows their mission to help small farmers, reduce food waste, provide healthier snacks, and end world hunger (a portion of their proceeds goes towards organizations that fight this issue).

With a discount of 25 per cent off on my first order ($14.99 versus $19.99 USD), I decided to sign up for a box. It works on a subscription model, but you’re not obligated to purchase every single month and you’re not charged until you opt in. Therefore, if you don’t want boxes regularly, be sure to update your account. Future months can easily be skipped or service can be paused whenever you want. As soon as I registered, I just as quickly went into my settings to skip shipments past the month of December. I selected the Build Your Own Box option, which comes with four bags of fruit. My choices of the 16 or so options included the figs, strawberries, raspberries, and peaches. 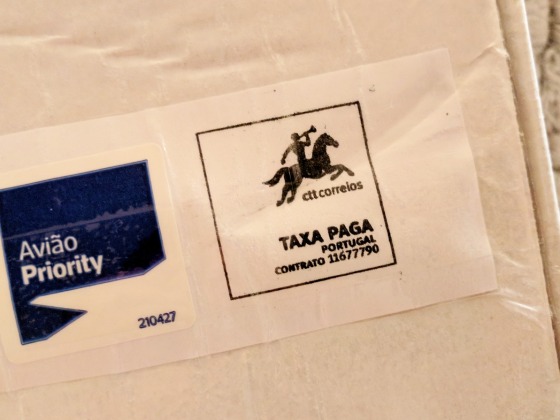 The sticker on the box indicates it was shipped from the source in Portugal.

My first box was scheduled to be mailed out from Portugal in November. Even though The Rotten Fruit Box is based out of the United States, their product is shipped directly from the producer to reduce their carbon footprint as much as possible. I received an email noting that my package had been sent; however, there was no tracking information for that initial month (I was told later it had to manually be entered into all messages and they didn’t have the time to do that in November). With a postal strike in Canada, it made it worse. I didn’t receive that order until about mid-December, and, by that point, the next December box had already been mailed out and, miraculously, it also arrived right around the same time.

No matter though. I was patient enough. The November box was larger in size. The interior of the cardboard was prettily printed with a fruit design and The Rotten Fruit Box logo. It was simple, but still a little bit flashy. The individual bags of fruit have basic packaging of lined, resealable kraft paper, a white sticker on the front that indicates the type of fruit and another sticker on the back that includes info about the fruit, the weight of the fruit to be found inside and the best before date. 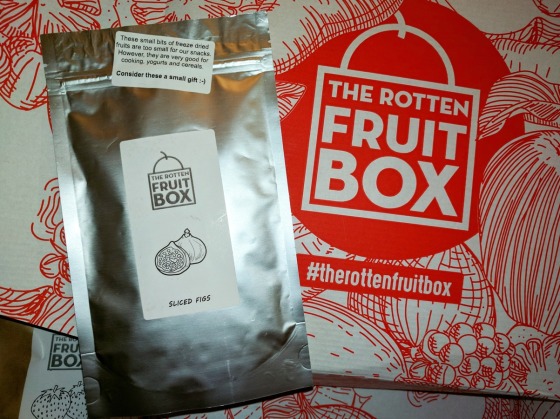 Every bag seemed to have a yearlong best before date listed, so, by all accounts, I’d be fine as long as each one was consumed by November or December 2019. The individual pouches weighed in at between 22 to 25 grams. I’d guess that for the raspberries and strawberries that might work out to a pint of fresh store bought berries. For the peaches and figs, I’d say maybe it’d be equivalent to three or four full pieces of fruit for the former and about six or seven for the latter. In my November box, I was told that they didn’t have enough fig to fulfill my request (they did send me a pouch of fig bits to try though), so I swapped it out for the sour cherries. These are cut into smaller pieces, so I estimate that maybe there are two to three dozen cherries in a bag. 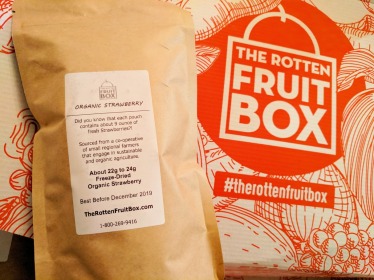 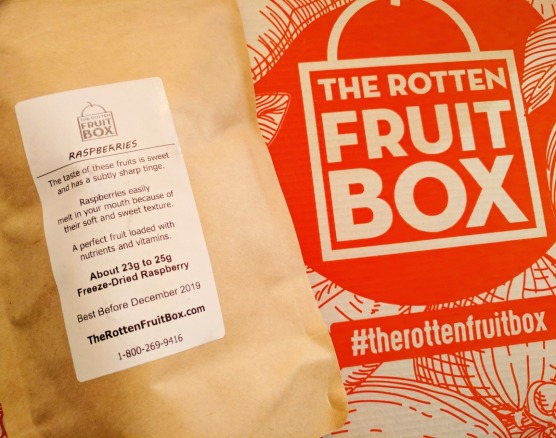 I’ve enjoyed every one of the fruits thus far, some more so than others. Particularly, I was already fond of the freeze dried organic strawberries because of cereals like Special K Red Berries. I found the raspberries to be somewhat tart and frustrating with the seeds. Not to say that it’s not the same when eating them fresh, but I feel like with less moisture and flesh, the freeze dried fruit adheres more to the teeth and the seeds end up getting stuck easier. Of course, it could just be a me thing. The figs have a somewhat interesting flavour when dried as they’re a little bit bitter and earthy (closer to the rind) before the sweetness kicks in from the center of the fruit. For the organic “sour” cherries, they’re not actually sour, but I’m not a huge fan of the texture. They’re less porous when dried, making them a little chewier and plastic. My favourite ended up being the peach slices. Larger pieces with a nice crunch and flavour. 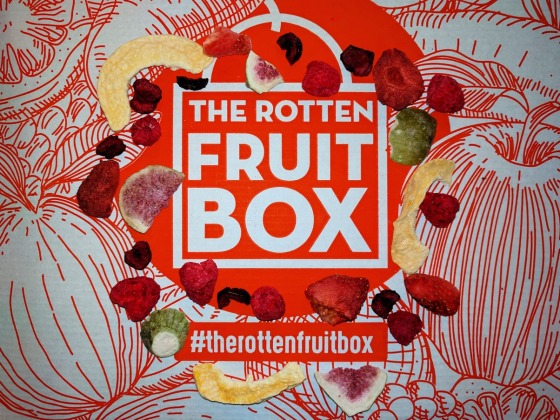 A mix of my selected freeze dried fruits.

Honestly, I’m not sure how healthy freeze dried fruit truly is. All of the moisture is removed in order to preserve the flesh and stop bacterial growth. The drying is done during the fruit’s prime ripeness to retain the taste. But, are the nutrients still there? I’ll have to do further research. Still, it’s better than eating a candy bar when I have a craving for something sugary. My only wish is that they didn’t disappear so quickly. Approximately 25 grams of freeze dried fruit doesn’t last that long, especially if, for example, you intend to use them for toppings on yogurt, oatmeal, or cereal.

Thankfully, shipping and handling is free of charge. But, with the exchange rate and the regular price of $19.99 USD for only four bags, it works out to $5 per pouch or about $6.50 CDN. I suppose it’s not so bad considering the support of a company that is trying to do their part in the world. Yet, it’s still quite pricey for what you get. I consider The Rotten Fruit Box subscription to be a treat. I won’t be getting it every single month, but I may do so periodically to get my fix of their delicious freeze dried fruits.