For many people, advertisements are a waste of time and space. They ignore them when they pass by one on the street or they get up and do other things during television commercial breaks. Sometimes I do the same thing, but on occasion there are advertisements that have the ability to make me laugh, cry or think, and if they’re really good, I actually want to see them again.

The following are a mix of both new and old advertisements that perhaps you have seen and enjoyed. I hope that you will share some of your favorites with me as well!

I’ll start with an oldie, but a goodie! Kia‘s Maniac commercial from 2007.

I think most of us remember this 2009 Heineken commercial. It was a dream come true for men and women alike. The follow-up to their popular walk-in-fridge advertisement follows.

While flash mobs might not be as popular as they once were, this T-Mobile ad from 2009 still makes me smile every time I watch it. It even makes me cry a little because the whole idea of complete strangers coming together to create such a joyous event is pretty amazing.

I can’t leave out Old Spice‘s fabulous 2010 commercial, which taught all women exactly what they wanted in their man.

This 2011 ad from AT&T spoofing the flash mob phenomenon to promote their faster network is just hilarious. I had to stop and watch it every time it came on the air.

I thought I would also include some interesting print advertisements as well. They can have just as strong an impact as a television commercial. 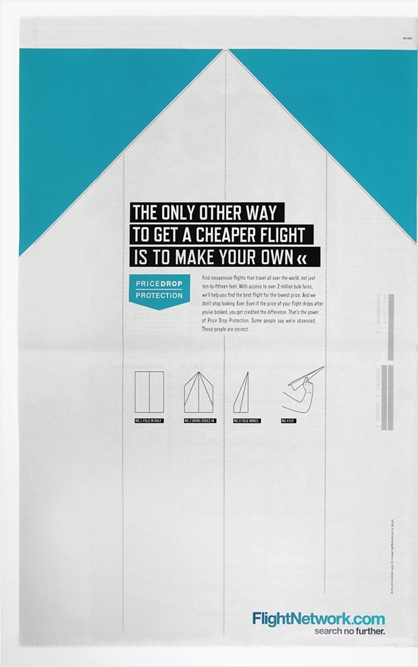 Flight Network newspaper advertisement that gets people to do something with the print ad. 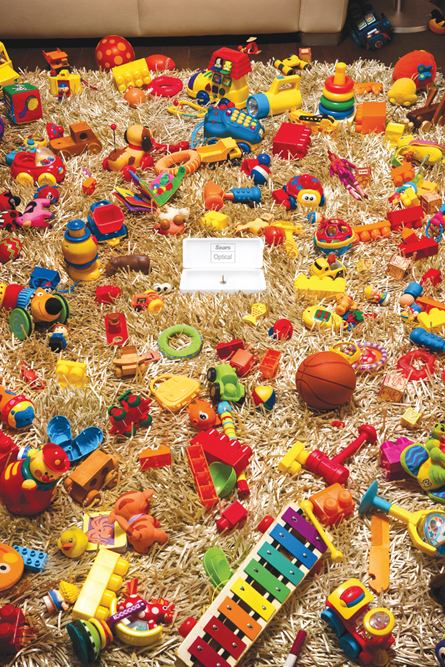 An excellent retail campaign for Sears Optical. Buy glasses from them and you’ll be able to pinpoint something in all that mess.

This next one is a print advertisement from Dove. This company always seems to be pushing the bounds of advertising. This one in particular was purposely run upside down as seen in the first shot, but when flipped upright, so the text is the right way round, the image you see is quite shocking. It really makes you question how people perceive the things they are confronted with. 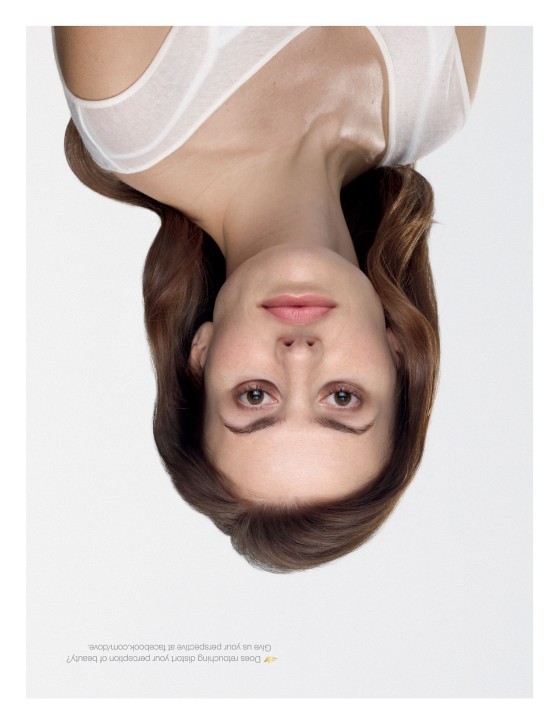 Dove ad, upside down, as printed in the publication.

Dove ad, right side up, once it has been flipped so the text can be read.

I currently love Samsung‘s commercial touting the Galaxy S III as the next big thing that is already here. As someone who is neither an Apple fan nor a Samsung devotee, I can certainly find the humor in the advertisement because I know Apple devotees just like that. I find this commercial both humourous and clever. It seems like Samsung is creating the next big thing and the next big corporate rivalry a la Coca Cola vs Pepsi or Mac vs PC.

This last one is maybe not really a commercial per say, but I found it through my Creativity Online newsletter on September 12, 2012 and I really love how thought provoking it is.  ‘Then-n-now’ was written and directed by Shing02. I think it really speaks to our digital culture nowadays and it makes me a little bit sad when I watch it.