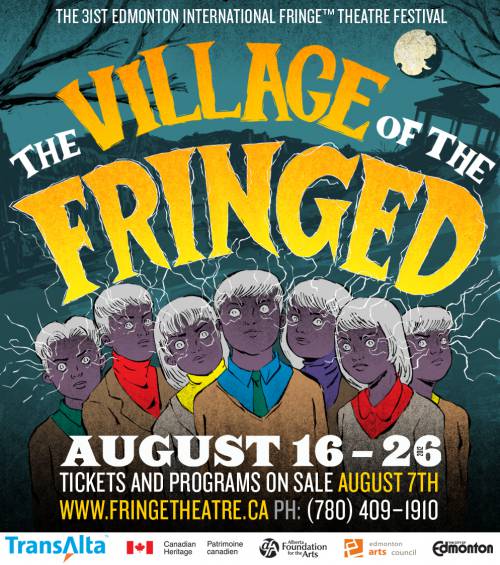 It’s summer in Edmonton and with that comes what seems to be an endless array of festivals, but my favourite one of the year is the upcoming Edmonton International Fringe Theatre Festival, which runs every August. The inaugural year having taken place in 1982, 2012 marks the 31st anniversary and the biggest one to date. With 1800 performances and 215 shows in 52 venues, this remains the largest theatre festival in North America.

Over the last few years I’ve really grown to love the Fringe. So much so that I have managed to break my record of shows attended each year with a total of 29 in 10 days in 2011. Every week and a half of the festival is a whirlwind of performances. I always forgo reading reviews beforehand, taking a chance on what I see, and I truly have never been disappointed by a show.

These are my favourites from the last two seasons.

A heartwrenching show about the aftermath of a school shooting, the families of the victims and the shooter and the only friend the shooter didn’t even know he had.

A captivating story of a man’s travels through West Africa.

Death recalls his top 10 most successful deaths of all-time.

UPDATE: 6 Guitars is back again for the 2012 festival with the “full version” coming in at 90 minutes instead of the 60 minutes of last year’s perfomance. It is showing daily at the Stanley A. Milner Library in downtown Edmonton. Click here to see all the available showtimes.

Dumped by his girlfriend, Zack Adams looks back on his past relationships to see what went wrong and to determine whether or not he’s missed out on his soulmate. Charming and hilarious. This is the only video I could find.

Two guys telling us what it’s like to be average men in this world. They say they’re going to be your best friends for 45 minutes and I honestly walked out wishing they really were.

I’m not sure if your city has a Fringe Theatre Festival. If they do, I urge you to support the arts and attend a couple shows. These performers put everything they have into entertaining you. Whether it’s funny, sad, heartwarming or haunting, I guarantee that whatever you see will get you thinking, generate conversation and maybe even make a lifetime Fringer out of you. If you don’t have a local Fringe or Theatre Festival, but you love the arts, think about making a trip to the one nearest you in the next year or two or three. And, barring any of that, just visit your local theatre and see what’s being offered. Live theatre is often more creative and original than any movie you would spend your $10-$15 on. It can take you places you’ve never dreamed of and more than likely you’ll be pleasantly surprised.

Have you been to a Fringe Festival this year or in the past? What shows have stuck with you? As always, I’d love to hear from you, so please share in the comments below. Shows travel, so you never know. Maybe I’ll have a chance to see what you’ve suggested.